Welcome to our store ! 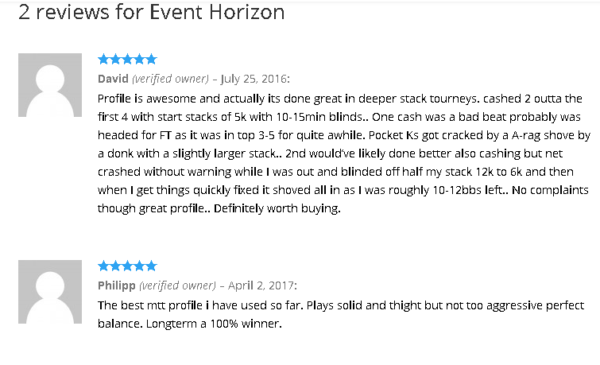 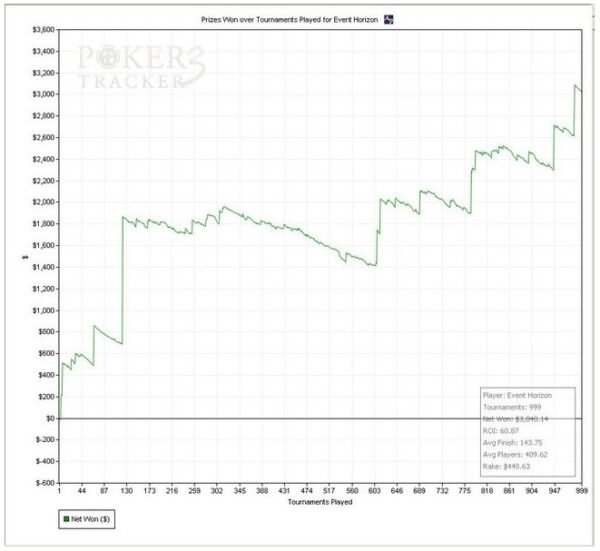 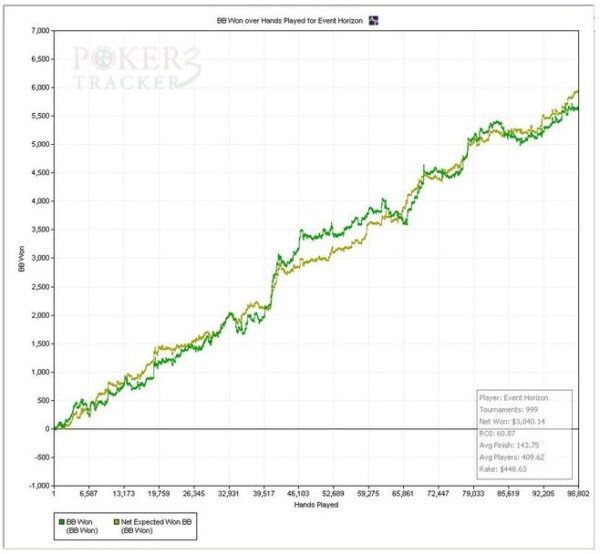 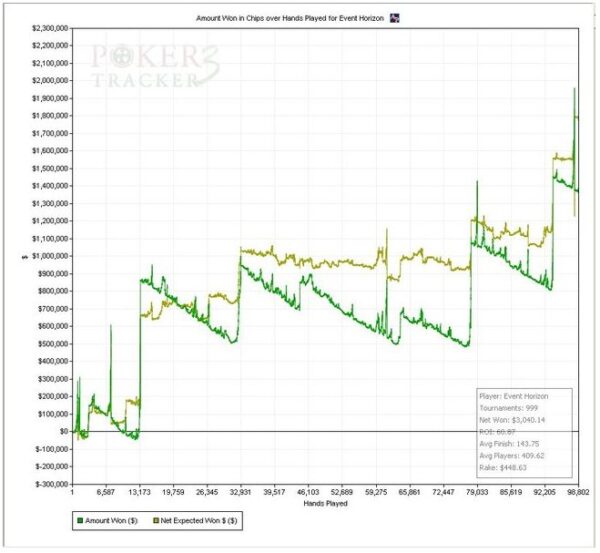 Prior to the conception of Event Horizon, I was never truly convinced of a bots place in MTT’s.
I always had the thought that other botters had simply gotten lucky every once in a while and this kept them loyal to them and they inevitably ended up down.

After a variety of strat sessions between myself and Doomtrain, we decided to have a good shot at proving it can be done and that a pokerbot could consistantly win in the mid-range MTT’s over a large sample.
So we started work on a joint project months ago that was to become Event Horizon, i think the graphs above will show you as they showed me that there is more than a place in them for us when armed with such a strong profile.
They have certainly convinced me of longterm viablity at medium stakes, and should convince you too. The graphs prove it copes admirably under any circumstances that were thrown at it.
It was designed to play in the $10-20 MTT’s but all of our testing was done between $3-10 simply because of availability.
More precisely, it should work best with 1,500 starting chips with blinds of 10-12 minutes, it will play fine in any format, but should get the highest ROI in the structures around which it was built.
Charts are a game of five testers, each of which is an experienced user and all win manually.

There are no reviews yet, would you like to submit yours?

Only logged in customers who have purchased this product may leave a review.

We use cookies in order to give you the best possible experience on our website. By continuing to use this site, you agree to our use of cookies.
Accept